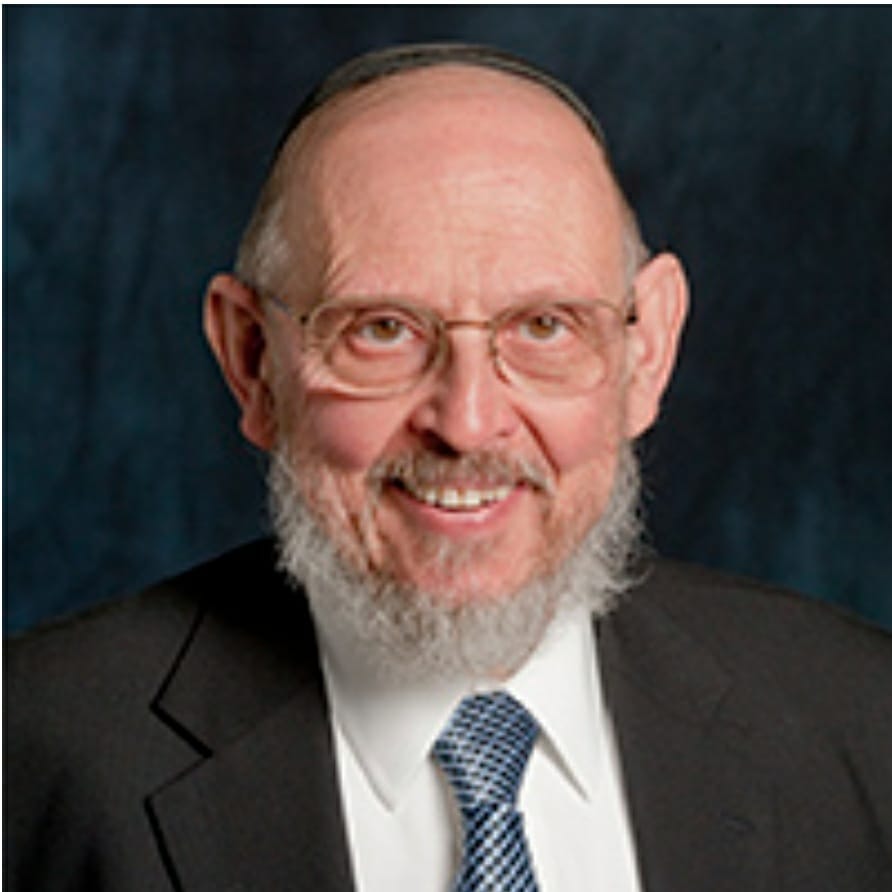 Rabbi Yosef Blau earned his Bachelor of Arts degree from Yeshiva College and a Master’s of Science degree at YU’s Belfer Graduate School of Science, and was ordained at Yeshiva University’s RIETS in 1961. Rabbi Blau was appointed Mashgiach Ruchani at RIETS in 1977. Rabbi Blau is also the spiritual guidance counselor for students at Yeshiva University’s undergraduate schools and colleges for men.

In communal life, Rabbi Blau served as National President of Yavneh, the National Religious Jewish Students Association, and as a member of that organization’s National Advisory Board. He also served as vice president of the National Conference of Yeshiva Principals.

Rabbi Blau has served as an advisor to numerous child protection organizations and sexual abuse advocates for over 10 years.

Rabbi Blau lives in NY for most of the year, and spends his summers in Jerusalem.

Since a young age, Azarya has been actively involved in consulting for a number non-profits. Most notably the Clubhouse in the United Kingdom, where he has developed and assisted with organisational development and fundraising. Azarya is known for his hands-on approach and besides being involved on managerial levels he mentors adolescents in need.

Azarya holds an MA in Education; a diploma in hotel management; and an MA equivalent in construction management; and is a chartered member of the construction industry. Azarya has previously served as Sales Director in several global trading companies. As an entrepreneur, he owns and operates several businesses in real estate and construction consultancy services. Azarya is also involved in several different start-ups, such as KlashX which focuses on the E-sports industry.

Azarya lives in the United Kingdom with his family. 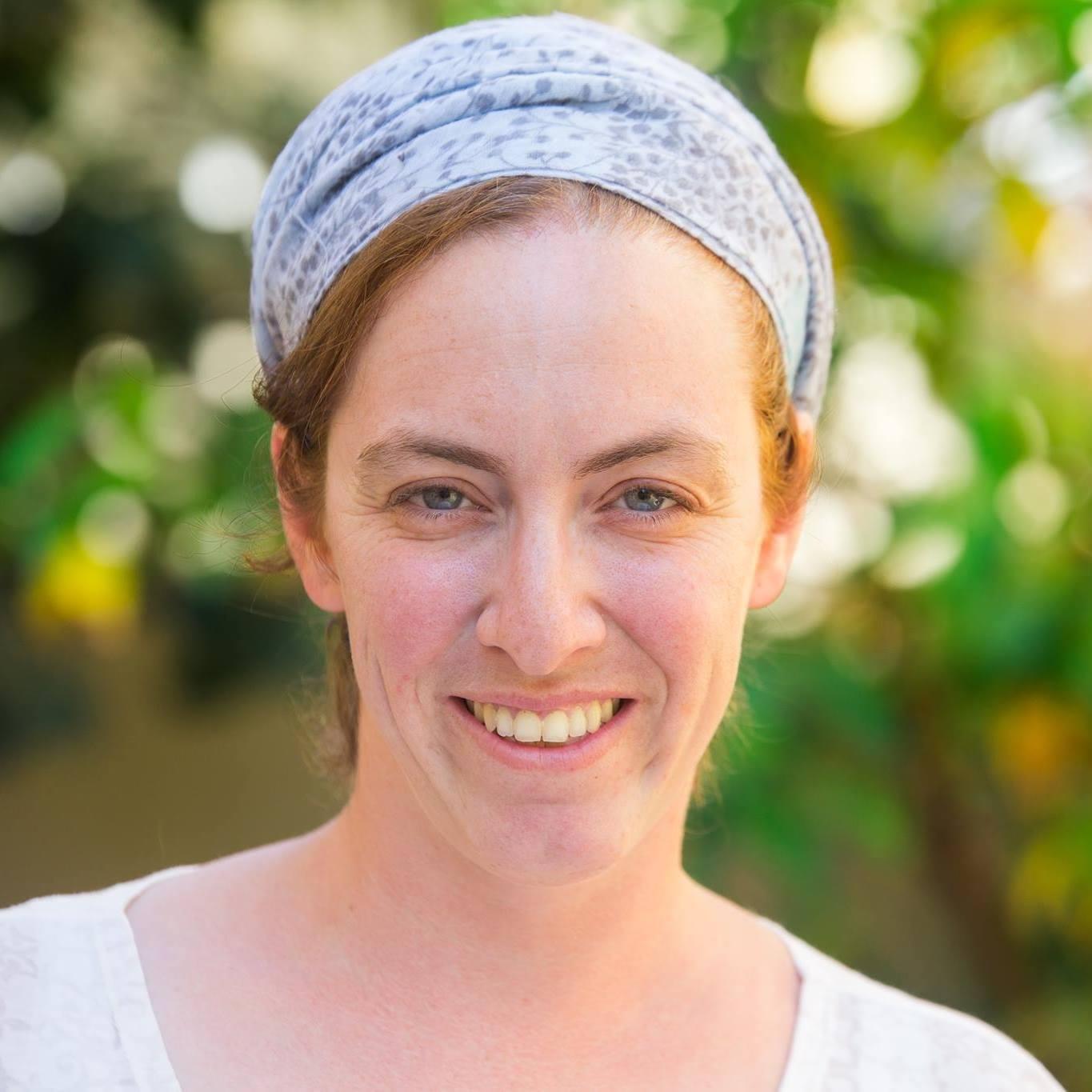 Sivan spent time as a project manager at both MarCom and AvaTrade, before moving full time into the nonprofit sector. She served as the Government Relations Specialist for Kolech, and then as the Program Director of the Yaacov Hertzog Center for Jewish Studies. Sivan now serves as the Marketing Communications and Resource Development Manager at The Schechter Institute. 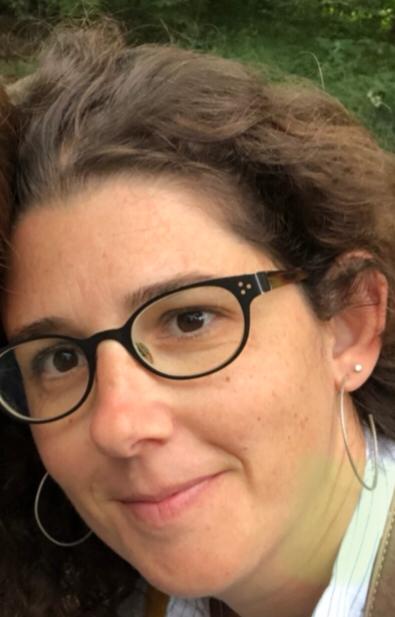 Goldie was raised in the Chabad Community in Tsfat, Israel. She attended college in the U.S. and graduated with a B.A. in psychology from Yeshiva University. For 6 years, Goldie developed and oversaw programs for children and at-risk youth, audited organizations applying for grants, and accompanied NGOs on numerous philanthropic issues on behalf of the philanthropic foundation IFCJ. She currently lives in Efrat, Israel, with her family. Goldie now works as a yoga instructor and a potter. 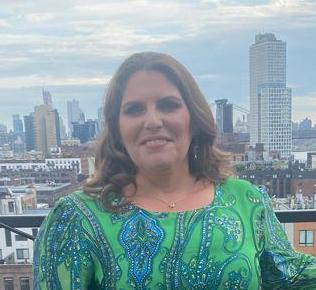 Gruny received her BA in Special Needs Education and Psychology from SUNY, is a board certified ABA therapist and holds a teaching certificate from Bank Street College.

Gruny works as a middle and high-school teacher in the Bet Chinuch school in Jerusalem. Gruny’s past work experience includes working with children with special needs, coordinating after-school programs for community youth-serving organizations, volunteering at Camp HASC and for the Children’s Aid Society Day Camp programs. Gruny has also spent time volunteering with Holocaust survivors and is active in her community through the Hitorerut organization. 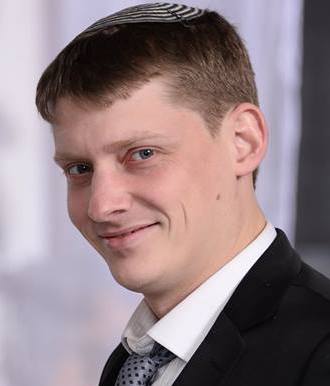 Chairman of the Board

David holds a Masters of Science in Aerospace and Mechanical Engineering from the University of Florida. He works for ServiceNow in Advanced Research.

David is an active member of the community; he was involved in fundraising for Lubavitch at the University of Florida which promotes Jewish advocacy on campus, and is Co-Founder of the Likud Anglo Division to prompt all efforts related to the English Speaking community in Israel. 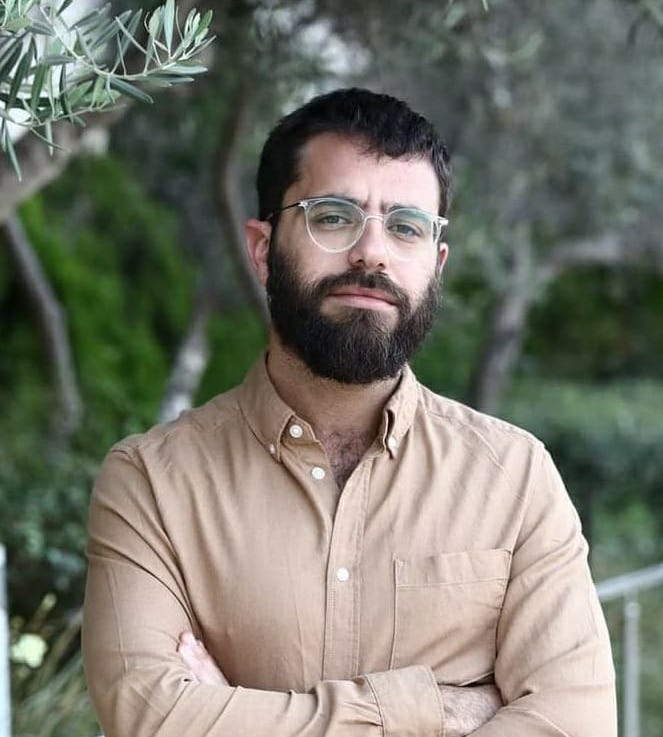 After spending several years in yeshiva in Israel, Tzviki received rabbinical ordination, followed by 4 years spent volunteering in chabad houses around the world.

Tzviki graduated with his BS in Psychology from the Israeli Open University. During his undergraduate studies, Tzviki served in the military rabbinate in the IDF. At that time, Tzviki also co-founded the Israeli advocacy group “Lo Tishtok”, which has since become a project of Magen. In founding Lo Tishtok, he hoped to raise awareness of the prevalence and tragedy of sexual abuse in the Israeli Haredi community. Tzviki completed his MA in Clinical Psychology at Bar Ilan University. 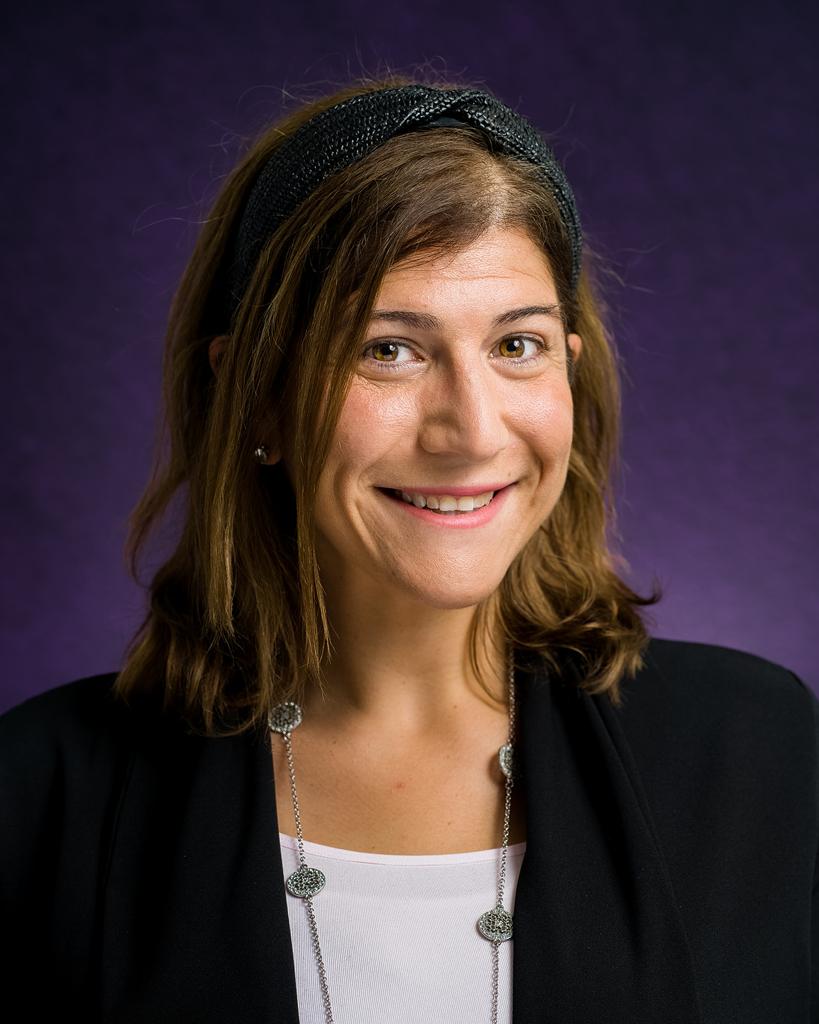 Sharon has extensive experience thoughtfully growing organizations in diversity, constituents, financially and reputation at large. She has increased the number of donors and giving levels at multiple organizations, allowing organizations to grow their budget and effectiveness. She has brought several nonprofits to the next level using marketing, education, communication, management, development and relationship building skills.

She was named by the Jewish Forward as a “Forward 50” Jew of influence and by the Jewish Week as a person to watch as a “36 Under 36” honoree. Sharon has served as the Rosh Moshava (Head of Camp) at Camp Stone, and as the co-director of the Orthodox Union Jewish Learning Initiative on Campus at Harvard Hillel and as the first Orthodox woman chaplain at Harvard University following many years as a day school educator.

Sharon earned her doctorate at NYU. She is an alumna of the Wexner Fellow/Davidson Scholarship graduate program, and ROI Community Member. She studied at The Drisha Institute for Jewish Education and received her B.A. and M.A. from Yeshiva University.

Avraham is Senior Legal Counsel, Head of Deals at OurCrowd, a Jerusalem based global venture investing platform, and the most active venture investor in Israel. Avraham received his JD at the Benjamin N. Cardozo School of Law in New York, and is a member of the Israel Bar Association and the New York State Bar. Avraham began his career with a NY based firm specializing in Insurance Law, leading the claim negotiation team. After moving to Israel, Avraham worked at the firm Lapidot, Melchior, Abramovich & Co., where his practice areas included Corporate Law, Intellectual Property, Corporate Financing and International Transactions. 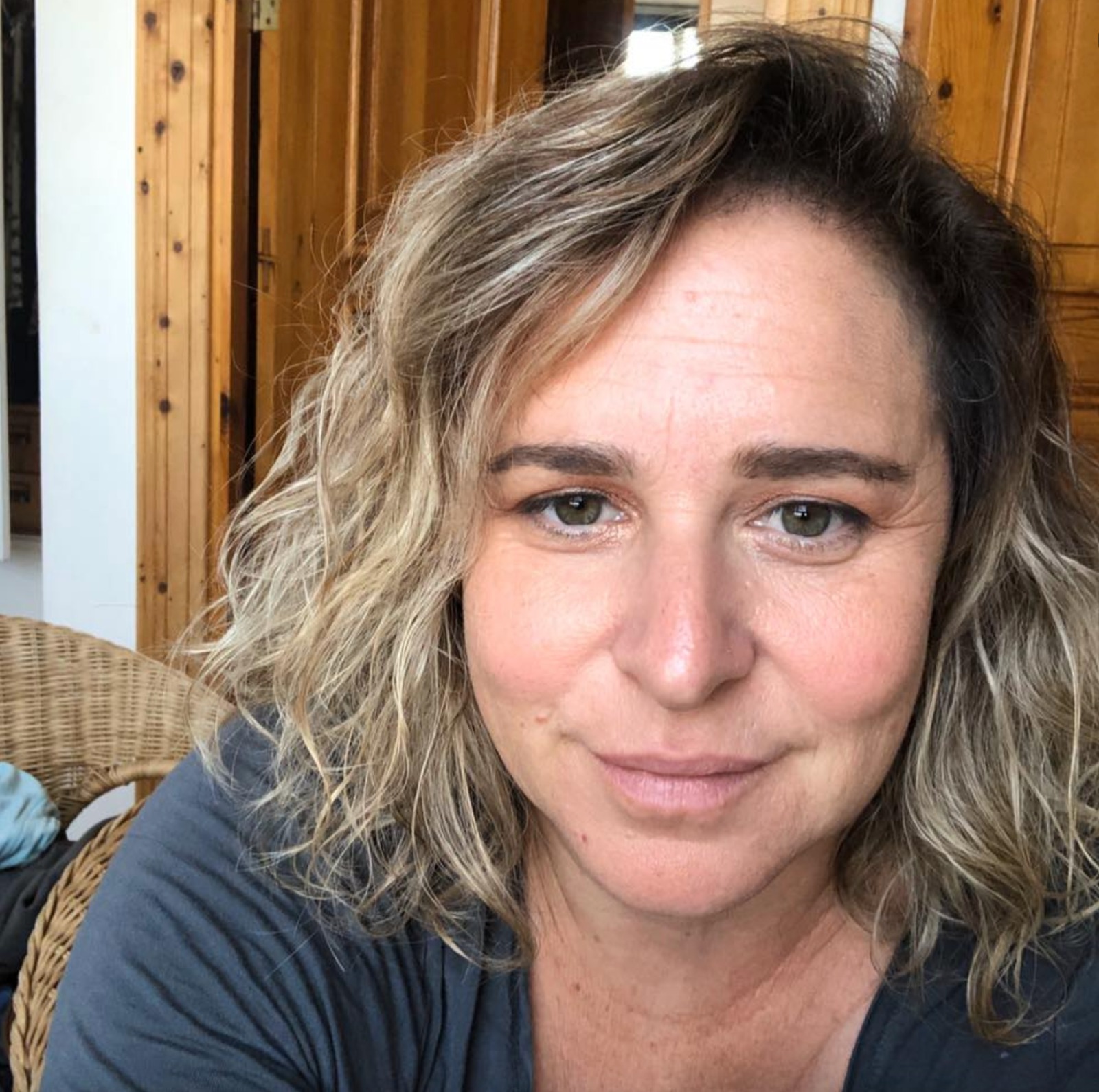 Sarah was born and raised in Rochester, NY and made aliyah in 1988. She received her BA in Cognitive Science and Social Analytics from Hampshire University and her MA in Nonprofit Management from Hebrew University. Sarah brings with her experience in both the nonprofit sector as well as the world of tech and finance. She was the founder of Atid Yarok and responsible for design and development at the Society for Protection of Nature in Israel. After founding the debt settlement platform BUKIT and then working for the fintech platform Civilize, she worked with Google as a startup mentor until 2018. Today Sarah is the Payments Lead Content and Behavioral Strategist at Wix.com.

She is a member of the World Economic Forum and author of a recent best-selling book on managing personal finance.